In September, 2013, the clinical virology laboratory at Yale-New Haven Hospital (YNHH) adopted the new HIV diagnostic algorithm recommended by the CDC and approved by the FDA to provide more rapid, accurate and comprehensive results, and to enhance detection of acute infections .1,2 As a result, the HIV-1 western blot will no longer be used as the confirmatory test for HIV infection at YNHH. For three decades, samples found positive by an HIV screening test have been confirmed through the use of the HIV-1 western blot. During this time, other HIV screening tests have improved in sensitivity, while the western blot has not.

A Substitute for Western Blot
The new HIV diagnostic algorithm places a greater emphasis on rapid detection of acute infections to reduce transmission and bring patients into care. The latest CDC test algorithm uses either a 3rd generation antibody or a 4th generation antibody/antigen combination HIV screening test, followed by a HIV-1/HIV-2 antibody differentiation immunoassay, which differentiates HIV-1 from HIV-2 (see Table 1). This immunoassay test takes only 30 minutes to complete, compared to two days for the western blot, and is performed daily. 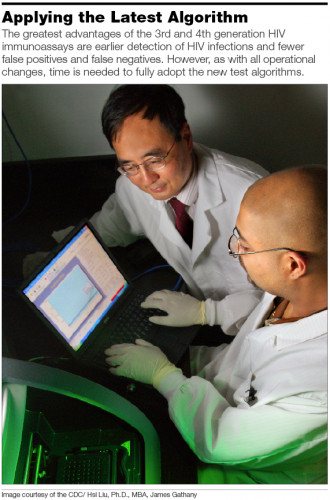 New Approach to Screening
The virology laboratory now uses a 4th generation HIV antigen/antibody combo assay for screening, having converted from the 3rd generation test at the start of the new year. The following are the benefits we have realized in using the new HIV test algorithm:

Conclusion
The greatest advantages of the 3rd and 4th generation HIV immunoassays are earlier detection of HIV infections and fewer false positives and false negatives. However, as with all operational changes, time is needed to fully adopt the new test algorithms. Although confirmation by HIV-1/HIV-2 antibody differentiation immunoassay is now standard at YNHH, we retained the HIV-1 western blot for special requests for several months. As our staff have become used to the benefits of the new test algorithm, requests for western blot have dwindled.

Marie L. Landry, MD, is the director of the clinical virology laboratory at Yale-New Haven Hospital in New Haven, Connecticut. She is also professor and vice chair of the department of laboratory medicine, and professor of internal medicine at Yale University School of Medicine. 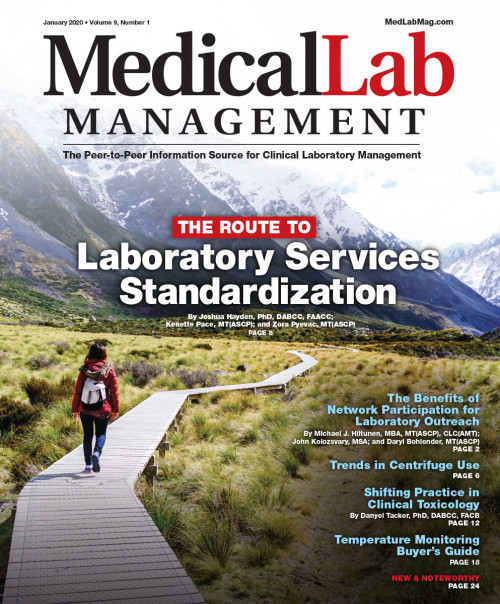