Among the well-known side effects of antimicrobial therapy is the manner in which it alters the intestinal microbiome, often eliminating the organisms that inhibit the growth of Clostridium difficile bacteria without killing the spores that produce it. This condition, in turn, becomes a key risk factor for C. difficile infection (CDI).1  Given the prevalent, and sometimes overzealous, use of antimicrobial therapy over the last several years, it is perhaps unsurprising to find that as of 2014, C. difficile was the most commonly identified pathogenic cause of health care-associated infections in the United States.2 Attendant to this is a treatment and remediation price tag estimated to exceed $1 billion yearly.3

From a patient population perspective, C. difficile is an infrequent cause of disease in children under 2 years of age; however, it is an increasing cause of disease and is accompanied by significant morbidity and mortality in patients over the age of 65.4,5 Given the nosocomial predilection of CDI, many states require reporting and general public release of institutional CDI rates so consumers can make informed decisions about hospitals. For such information to be meaningful, it must be accurate and based on common standards, a difficult prospect considering the optimal testing method for establishing a diagnosis of CDI is currently unknown.

The Standard Approach
The laboratory diagnosis of CDI and the handling of suspected cases in the hospital is guided by a set of basic principles. To start, the pathophysiology of disease is caused by the action of two large protein exotoxins, A and B, which are produced by the C. difficile organism. These exotoxins are responsible for a disease continuum ranging from asymptomatic carriage to mild disease (ie, antibiotic-associated diarrhea), to more severe forms (ie, non-specific and pseudomembranous colitis), and to its most severe manifestation, toxic megacolon. Although an organism that produces only one of the two toxins still can cause disease, non-toxigenic organisms cannot.6

Given this, clinical laboratories should strive to meet certain pre-analytic standards when attempting to diagnosis CDI3-5,7-9:

Current Testing Options
Initially, testing approaches for CDI included the detection of toxin in feces using a cytotoxin neutralization (CTN) assay or toxigenic culture.9 These methods have proven slow and difficult to perform. Although they are no longer used for clinical diagnosis, they are used as reference methods in studies evaluating new diagnostic approaches. As CDI testing has evolved over the past 3 decades, there are now three approaches widely used in the US4:

Comparing Current Options
A review of NAAT performance suggests that no test platform is clearly superior to another, although smaller studies may show differences.9 Two widely cited US clinical practice guidelines for the diagnosis and management of CDI5,7 recommend against the use of toxin EIA testing because of its relative insensitivity and poor negative predictive value, compared with that of GDH testing or NAAT.4,9 Despite these recommendations, toxin EIA testing still is used in a significant number of hospitals.4

Both GDH testing and NAAT have shortcomings as well. GDH is highly sensitive, but does not have a high positive predictive value in part because it detects non-toxigenic C. difficile strains as well as toxigenic ones. As a result, specimens that test positive for GDH require a confirmatory test.9

NAAT appears to be the most sensitive of the diagnostic approaches, but it, too, suffers from issues with positive predictive value. Because it can detect asymptomatic carriage of C. difficile, use of this method potentially raises the number of false-positive diagnoses of CDI.10

An Optimal Approach
A key piece of research driving the discussion of the optimal approach to CDI diagnosis is a large, multicenter study of over 6,000 episodes of diarrheal disease.11 This study demonstrated that the patients who were toxin-positive by cytotoxin testing had increased mortality, along with trends of longer hospital stays and increased white blood cell counts. The patients who tested positive by toxigenic culture, but negative by cytotoxin testing, had clinical outcome measures that were no different from those who were culture-negative.

Other studies support the idea that toxin detection has the best correlation with severity of disease.12,13 Because CTN and toxigenic culture are not used diagnostically, various testing strategies, including toxin and GDH EIAs performed independently or in combination, and PCR for toxigenic organisms were compared either individually or as part of a testing algorithm. The most widely used CDI testing algorithm begins with a test for GDH with or without a concurrent toxin assay.4 If the GDH/toxin test is positive, then the patient can be reported as positive for C. difficile. If the patient is positive for GDH but negative for toxin, or a toxin test is not performed, then a confirmatory NAAT for toxigenic C. difficile is performed. If the NAAT is positive, the patient is reported as positive for C. difficile; if it is negative, the patient is reported as negative.14

Findings from previous studies indicate that toxin EIA tests are not as sensitive as either the GDH or GDH/NAAT combination, but are much more specific than both of those approaches.9,11 Using NAAT as a screening test with confirmation by a toxin EIA gives the best performance when compared with CTN using the parameters of sensitivity, specificity, positive and negative predictive value, and area under receiver operating characteristic (AUROC) curve.11 The authors’ interpretation of these data is that algorithmic approaches are preferable for establishing the laboratory diagnosis of CDI, with the NAAT/toxin EIA method being superior to the GDH/NAAT combination.11

It would seem then that a strategy of screening with NAAT and confirming with toxin EIA would be a reasonable solution to the problem of CDI diagnosis. In fact, the United Kingdom’s National Health Service advocates this approach with an alternative testing strategy being GDH as the initial screening test followed by a toxin A/B EIA confirmatory test for GDH-positive specimens.15 Because the definition of CDI in the UK is the finding of toxin in feces, this testing strategy makes sense. However, the problem with this approach is the relative insensitivity of the toxin A/B EIAs that are currently available.9 Our experience at the laboratories of the University of North Carolina (UNC) is useful in understanding this issue. When compared to CTN, the EIA currently used at UNC has a sensitivity of no more than 50% to 60%, meaning that as many as half of all true positives are missed if the lab uses the GDH/toxin EIA approach.14,16

A NAAT/toxin EIA approach might seem plausible, since NAAT is more sensitive than GDH, based on an estimate using published data.9 However, at UNC, CDI prevalence data indicate that NAAT would detect C. difficile in only 1 in 100 specimens not detected by GDH. Furthermore, we previously reported that a NAAT-only approach used to test all specimens would cost our laboratory $90,000 more in material costs per year.14  Another study showed that using an all NAAT approach compared to a GDH/NAAT algorithm would contribute an additional cost of $6,900 per case treated.17

Considering an All NAAT Approach
That leaves one to ask whether an all NAAT approach, albeit expensive, would make sense. Consider the following:

As with many laboratories, when we instituted NAAT for CDI infection as part of a testing algorithm at UNC, the institution saw a significant increase in CDI rates, which is only beginning to decline after 5 years of using this testing approach.4 Approximately 10% of our specimens are NAAT (PCR)-positive and toxin-negative.14 It is reasonably likely that at least some of those patients are true positives, while others are falsely positive using CTN as the reference method.

A potential solution to a false-positive NAAT test is to institute clinical prediction rules. One study used three easily obtained parameters to help determine if patients had severe CDI: patient age ≥ 65 years, white blood cell count ≥ 20,000 cells/μL, and a creatinine ≥ 2 mg/dl. The first two parameters were associated with severe CDI, while the third parameter was not, as determined by a multivariate analysis of a large study cohort.26 Unfortunately, CDI was based on a positive toxin EIA and, therefore, would not apply to NAAT-positive specimens. Additionally, the prediction rule in this study classifies only 75% of the patients judged to have severe disease as having a severe infection.

Justifying a Stand-Alone Test
The issue then is what to do with NAAT-positive/toxin-negative or NAAT-positive specimens when NAAT is used as a stand-alone test. NAAT-positive specimens from patients with documented diarrheal disease are important because they represent either CDI or asymptomatic carriage, which can be a source of infection for other patients. Planche and colleagues11 suggested that toxin-negative NAAT-positive patients be considered C. difficile excretors and that health care facilities employ appropriate infection control measures. A study from Johns Hopkins suggests that if hospitals assume an all NAAT testing approach that they also attempt to limit testing to patients with documented diarrheal disease. They found that when all NAAT-positive asymptomatic patients were treated, there was a reduction in C. difficile testing and patients receiving laxatives within 48 hours of CDI NAAT.27

The Bottom Line
Clearly, facilities choosing an all NAAT testing approach must adhere strictly to pre-analytical rules, specifically, no laxatives prior to testing, documentation of diarrheal disease, and disease severity as evidenced by increased white blood cell counts and metabolic indicators, such as increased creatinine. Alternatively, a two-stage algorithm using a combination of GDH and toxin as an initial step, with GDH-positive, toxin-negative specimens confirmed by NAAT, is a credible approach. In UNC’s experience, with this approach, approximately 15% to 20% of total specimens will require confirmation with NAAT and approximately half of those will be NAAT-positive.14 The advantage of this approach is that patients with very low levels of C. difficile or dead organisms who are potential sources of false NAAT-positive specimens will be screened out. The downside is that some clinicians may insist that a C. difficile PCR be performed despite a negative GDH/toxin screen. Typically, the lab can comply with those requests; UNC’s lab has had approximately 20 over the past 5 years. None of these tests has been PCR-positive, which attests to the sensitivity of the GDH/toxin screen. This is consistent with UNC’s estimate that the laboratory would miss one positive for every 100 specimens tested by using a GDH algorithm rather than an all NAAT testing strategy. For those patients who have GDH– and NAAT-positive but toxin-negative specimens, physician acumen with the help of improved clinical prediction rules may allow for better discrimination between those with CDI versus asymptomatic carriage. 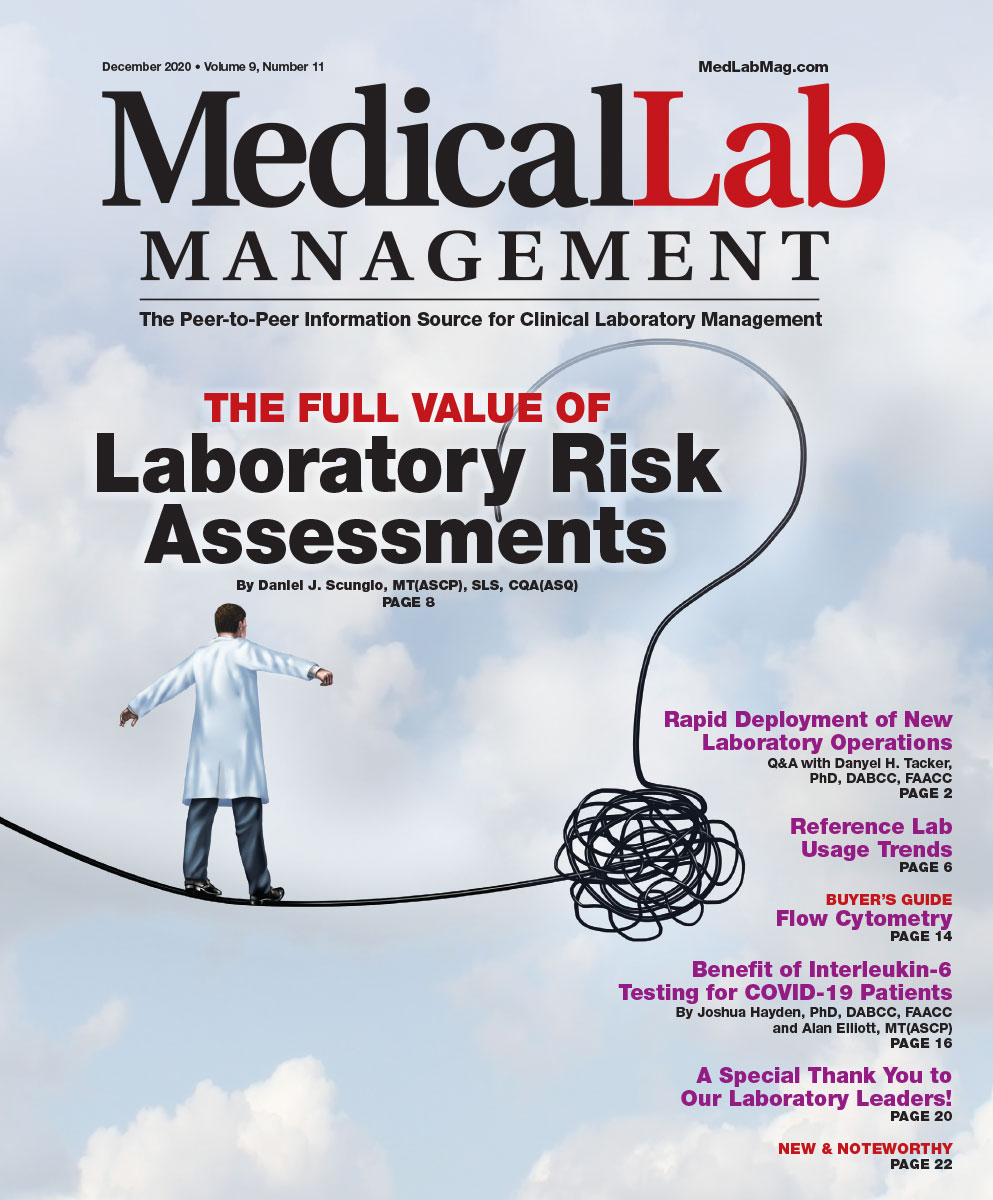