In the last several decades, we have witnessed astonishing advances in medicine, yet in those same years, antibiotic resistance has grown into a threatening problem plaguing all areas of modern medical practice. Both US and international agencies—including the US Centers for Disease Control (CDC), the US Food and Drug Administration (FDA), the World Health Organization, the European Union, and other national governments—have publicly announced concerns regarding the antibiotic resistance crisis. Most recently, The United Nations has weighed in on this problem; a rare event, given the UN has only addressed health issues on three other occasions: The HIV/AIDS crisis in 2001, heart disease and cancer in 2012, and Ebola in 2014. Their latest declaration on global health and antibiotic resistance was released in September 2016.1

The prevalence of, and risk posed by, antibiotic resistance has become publicly known and action must be taken to decrease the emergence and spread of antibiotic resistant organisms, or the success we have enjoyed in managing oncologic, cardiac, and other non-infectious diseases will be greatly diminished. The fact remains, a vast number of critical clinical treatment processes substantially depend on the use of antibiotics to mitigate infection.

Although the emergence of resistance tends to accompany the introduction of antibiotics into a population, the rapid spread of resistance can be attributed to two main factors: Inappropriate use of antibiotics and lack of surveillance data demonstrating the spread of resistant organisms, and the emergence of new mechanisms. At least two million people become infected with antibiotic-resistant bacteria annually, and at least 23,000 people die as a direct result, according to the CDC,2 which also estimates that at least 30 percent of antibiotics prescribed in the US are either unnecessary or inappropriate for the infection being treated.3

In an attempt to slow down the emergence and spread of antibiotic-resistant pathogens, the CDC recommends the development of antibiotic stewardship programs for every hospital in the US and outlined core elements of outpatient antibiotic stewardship in November 2016.4,5 Likewise, The Joint Commission has instituted a new medication management (MM) standard for hospitals, critical access hospitals, and nursing care centers—MM.09.01.01—which addresses antimicrobial stewardship and becomes effective January 1, 2017.6

The Infectious Disease Society of America has been advocating antibiotic stewardship for many years,7 and the guidelines set by The Joint Commission follow the core guidelines set forth by the CDC.4,5,6 Antibiotic stewardship programs should employ a multidisciplinary team, on which The Joint Commission requires an infectious disease physician, an infection preventionist, a pharmacist, and a practitioner. That said, many infectious disease specialists believe this multidisciplinary team also should include a microbiologist, a hospitalist, an intensivist, as well as surgical and nursing representatives.8 Primary team functions would include:

The organization and empowerment of such a multidisciplinary antimicrobial stewardship program is not only good practice for patient care, but can decrease hospital costs as well. It is estimated that the median hospital cost of treating a patient with a resistant Gram-negative infection compared to a patient with a susceptible Gram-negative infection is greater by approximately $51,000. This is due largely to a greater average length of stay in the hospital, as well as greater length of time spent in the intensive care unit. The mortality rate for these patients also increases by at least 12 percent.9 Regardless of cost savings, better patient care and a reduction in the inappropriate use of antibiotics (leading to the emergence of antibiotic resistant pathogens) should be the primary goals of antimicrobial stewardship programs.

In addition to the assembly of a multidisciplinary team, successful antimicrobial stewardship programs utilize laboratory tools to help determine the best possible course of treatment for the patient. Specifically, the clinical microbiology laboratory should play an important role, alongside physicians and other antimicrobial stewardship team members, in the treatment of infected patients.

The clinical microbiology laboratory is tasked with identifying the probable infection-causing organism and determining the susceptibility of that pathogen to drugs used to treat related infection.10,11,12 To see this through, it is now integral to identify not only the infection-causing pathogen and establish its antibiotic susceptibility profile, but also the mechanism involved in that susceptibility pattern. There are commercial tests available (and others in development) to identify genes involved in a particular resistance pattern in both Gram-positive and Gram-negative pathogens.

Historically, bacterial pathogens have been evaluated for identification and susceptibility using phenotypic assays and many laboratories employ automated susceptibility testing to save time in this process. However, given the increasing complexity now found in patient specimens, these instruments may not always render the information necessary for physicians to best treat the patient using the most appropriate antibiotic. This is particularly true for Gram-negative pathogens.

To this end, several opportunities exist for clinical laboratories to leverage molecular diagnostics to identify pathogens, including specific panels to detect the probable causative pathogens for respiratory and gastrointestinal infections. Mass spectrometry also is used to successfully identify bacterial pathogens.10,11,12 These rapid diagnostic methodologies can not only establish the need for antibiotics, but also delineate what antibiotic(s) to use based on the pathogen. However, there are downsides to a rapid approach with respect to PCR-driven panels—it is possible that the most abundant organism identified is not causing the infection, but is simply a contaminant. This is a prime example of a scenario in which an experienced microbiologist on the stewardship team can help determine the validity of a rapid diagnostic.

Find the Best Combination of Tests

Rapid detection of resistance mechanisms is lagging behind pathogen identification efforts, but there are PCR-based and other molecular diagnostics available commercially (although many are not FDA cleared).9,11,12 Some are designed to evaluate a resistance mechanism from a clinical sample, such as blood or stool, whereas others are capable of evaluating only the isolated organism. Each of these tests has positive and negative utility with respect to use in the clinical laboratory For example, some tests are FDA approved, but are quite expensive, and may only identify a relative few resistance mechanisms. Conversely, other tests may not be FDA approved, but are inexpensive and can detect multiple resistance genes using multiplex, real-time PCR.

Among the choices commercially available, it is up to the clinical microbiology laboratory to select a combination of tests most appropriate for their patient population. In order for a hospital to determine the best clinical diagnostic test, it is important to understand what resistance mechanisms dictate how the antibiotics on the hospital’s formulary may be affected. Two resistance mechanisms found in Gram-positive pathogens include the gene for methicillin resistance in Staphylococcus aureus (mecA) and vancomycin resistance in Enterococci spp.(vanA).11 There are several commercially available tests that can identify the genes associated with resistance to these drugs.

Determining Gram-negative resistance, especially for the β-lactam class of antibiotics, presents more of a challenge. There are several types of mechanisms that can cause resistance to β-lactams in Gram-negative pathogens. Those that require changes in chromosomal gene expression, such as genes expressing porins and efflux channels, can lead to β-lactam resistance. At present, there are no diagnostic tests available to evaluate these types of mechanisms. However, the most prevalent mechanism in Gram-negative Enterobacteriaceae is the production of β-lactamases, and several commercially available tests detect genes expressing β-lactamases. The clinically important β-lactamase genes to detect by a molecular approach are those that can be phenotypically missed by a susceptibility assay. Because these genes are typically housed on plasmids, the role of infection control is critical.

The most clinically relevant types of β-lactamase genes include extended-spectrum β-lactamase (ESBL) genes, plasmid-encoded ampC genes, and carbapenemase genes. There are a variety of ESBL genes but the most prevalent are the group of CTX-M β-lactamase genes. Of this genetic group, CTX-M-15 and CTX-M-14 group members are the most abundant worldwide. Other ESBL genes targeted in some assays include TEM and SHV ESBLs. These ESBLs have also spread throughout the world but are not as prevalent as the CTX-M genes. There are no Clinical Laboratory Standards Institute (CLSI) guidelines for detecting plasmid-encoded ampC genes in the clinical laboratory and therefore, these enzymes often go undetected. The inability to detect the production of these enzymes in Enterobacteriaceae has been associated with therapeutic failure.14 The 3rd group of clinically important β-lactamases is the carbapenemases. The CDC categorizes pathogens that produce these enzymes as an urgent threat to public health.2

The mortality rate for some of these organisms producing specific types of carbapenemases can be as high as 50 percent.15 Therefore, identifying the type of carbapenemase an isolate produces could be a significant criterion for the selection of antibiotic treatment. The most prevalent carbapenemase groups known to cause carbapenem resistance in Enterobacteriaceae include members of the KPC, NDM, OXA-48, VIM, and IMP groups. ESBLs, plasmid-encoded ampCs, and carbapenemases have all been targeted for detection using a molecular diagnostic approach. Furthermore, various devices target subsets of these genetic groups using either specific clinical samples or isolated colonies as starting material.

There are several examples in the literature indicating how a molecular approach to infection control identified and resulted in successful eradication of the resistant organism.16,17,18,19 Colonization of patients with carbapenemase-producing organisms has been shown to impact the effectiveness of kidney transplants and was associated with an increased mortality rate for that patient population.20 However, clinical outcome data that identifies the impact molecular testing has on decisions regarding empiric or therapeutic antibiotic treatment are lacking. What we need are retrospective and prospective data correlating implementation of rapid diagnostics with clinical outcome for not only identification of the pathogen but also for the most clinically relevant resistance mechanisms that impact clinical outcome using (or not using) the most appropriate antibiotic therapy. Hospitals, pharmaceutical companies, and the manufacturers of commercially available identification and resistance diagnostics must come together under the leadership of antibiotic stewardship programs to determine the most effective use of molecular diagnostics.

Nancy D. Hanson, PhD, is a professor in the department of medical microbiology and immunology at Creighton University School of Medicine in Omaha, Nebraska, where she also is the director of the Center for Research in Anti-Infectives and Biotechnology. 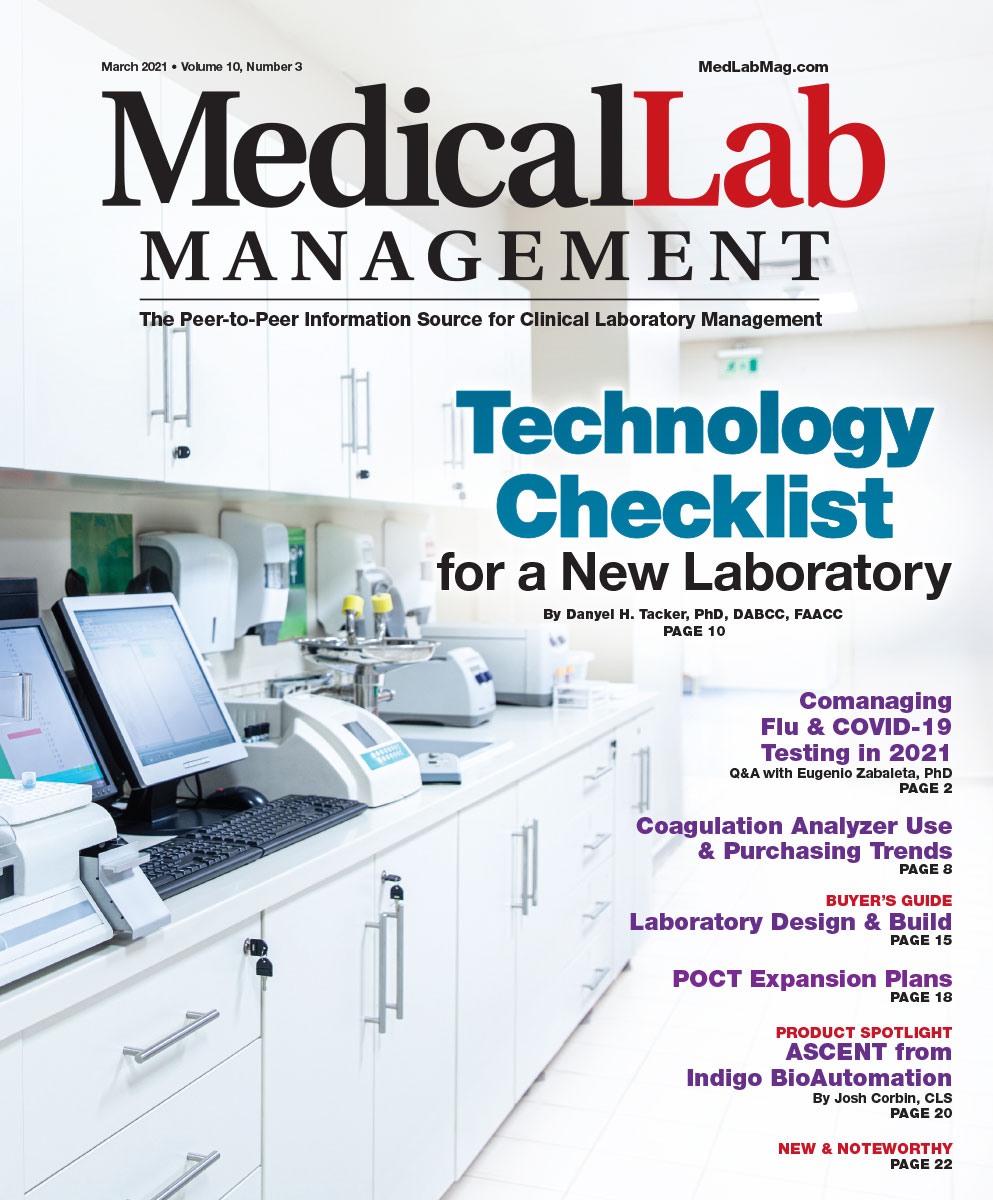