Causes and Prevention of Pseudohyperkalemia

Pseudohyperkalemia has various preanalytic and analytic causes. Improper technique during collection, storage, and transport of blood products can have significant influence on the incidence of pseudohyperkalemia. While this constitutes further evidence of the ongoing need for skilled and disciplined phlebotomists, there are steps laboratory management can take to better educate and prepare phlebotomists (and other clinicians who draw and handle blood products) to avoid this phenomenon. Based on our practice at Mayo Clinic, as well as related data in the literature, there are some specific recommendations that address the causes of pseudohyperkalemia.

At Mayo Clinic, we categorize the causes of pseudohyperkalemia as hemolysis-, biologic-, preanalytic-, or analytic-related. We have found pseudohyperkalemia caused by in vitro hemolysis to be the most common cause of falsely elevated potassium, and this is largely due to pressure gradients created during blood draws performed via syringe or an indwelling catheter. Inverting tubes too rigorously is another potential cause of in vitro hemolysis. Underfilling of tubes is yet another cause that is not as well-recognized as some of the others, but it has been shown to greatly increase the odds of hemolysis.

Biologic conditions and patient conditions (either congenital, acquired, or drug-induced) also exist that cause potassium to leak from a patient’s red or white blood cells after blood collection, but these are relatively rare compared to other causes of pseudohyperkalemia.

Analytic interferences, where a substance in the blood sample interferes with the potassium measurement by direct or indirect electrode, have also been described in association with povidone-iodine and benzalkonium-heparin-bonded catheters. However, we do not see these interferences often in our practice.

Lastly, there is a category of causes that we term non-hemolytic, pre-analytical causes of pseudohyperkalemia because they can be observed either with or without the presence of free hemoglobin in the sample. Among these are causes that deserve greater attention, including fist pumping, tourniquet time, transport temperature, and repeat centrifugation.

To help explain how important these variables are to accurate potassium measurement, we can review two studies examining the relationship of these preanalytical variables to potassium levels. The first study, published by a group from the United Kingdom in 2008,1 evaluated the impact of an educational intervention focused on minimizing fist pumping during blood collection. This group evaluated mean potassium levels and percent of samples with elevated potassium, both before and after the educational intervention. In this study, blood was collected at two satellite facilities, each a short distance from the testing laboratory. The study also looked at the impact of transport temperature on potassium levels.

Weather likely impacts potassium levels in two ways: First, it is more difficult to locate veins in patients who are physically cold, which tends to lead to fist pumping and longer tourniquet times. Second, sample exposure to cold temperatures during transport may cause the cells to leak potassium. Thus, the combined effects of fist pumping, cold weather, and prolonged tourniquet times interact in a phenomenon referred to as seasonal hyperkalemia. This study showed that an educational intervention designed to encourage good phlebotomy practice (ie, avoid prolonged fist pumping and minimize tourniquet time) can partially mitigate seasonal hyperkalemia.

Impact of On Site Centrifuging

A second study, also from the UK,2 examined serum potassium concentrations from 87 general practice sites across a large geographic area. This study compared mean potassium levels at general practices that centrifuged samples onsite, as opposed to practices that sent whole blood to the laboratory. Unlike the previous study where blood collection was in close proximity to the laboratory, sample transport averaged 8 to 10 hours in this study.

Potassium values were compared between the two groups: Those that centrifuged on-site versus those that sent whole blood to the laboratory were studied over several months to account for the effect of cold temperature. Between August and January, as the temperature became cooler, mean potassium concentration increased from 4.3 mM to 4.8 mM for samples that were being sent as whole blood. In contrast, samples centrifuged on-site, before transport, showed little difference in mean potassium concentration between the months of August and January.

Additional issues that a phlebotomy lab manager should consider include the use of a pneumatic tube system and repeat centrifugation of samples. Pneumatic tube transport of blood samples has the potential to contribute to hemolysis and falsely increased potassium levels.3 These effects can be exacerbated by acceleration and deceleration rates in the tube system, the type of tube and transport containers in use, and the path of the tube system (eg, a straight path versus many turns or acute angle turns). That said, a facility’s pneumatic tube system should be evaluated empirically to determine if its use contributes to sample hemolysis and, consequently, falsely elevated potassium.

Brad Karon, MD, PhD, is Co-Director of Laboratory Services for the Department of Laboratory Medicine and Pathology at Mayo Clinic in Rochester, Minnesota, where he also is a professor of laboratory medicine and pathology.

CLSI has a number of relevant recommendations in the guideline document CLSI GP41-ED7, also called Collection of Diagnostic Venous Blood Specimens. The guidelines suggest keeping tourniquet time under one minute, avoiding fist pumping, allowing disinfectant to dry, not pulling back too forcefully when doing syringe draws, and gently and thoroughly inverting blood tubes. For more information on this valuable document, visit: https://clsi.org/standards/products/general-laboratory/documents/gp41/ 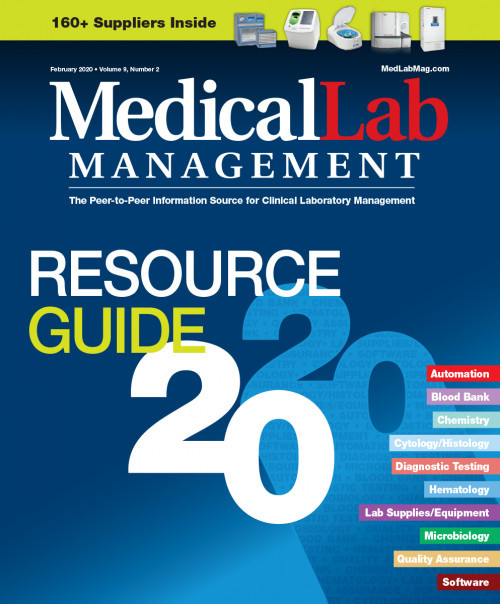