Part 2 of 2: The Utility of High Sensitivity Cardiac Troponin POCT 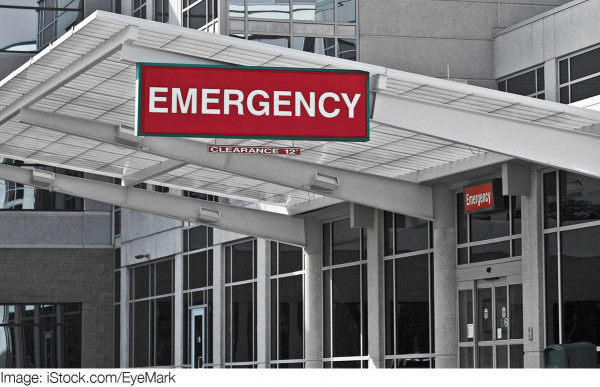 In the October issue of MedicalLab Management, we ran Part 1 of this Q&A on the potential of point-of-care testing for high-sensitivity troponin testing in emergency department settings. Here we present the second part of this discussion. As established in Part 1, cTn assays play an essential role in the diagnosis of acute myocardial infarction (AMI). Recently, the implementation of high sensitivity (hs)-cTn assays has facilitated the use of rapid triaging algorithms to enable the more rapid ‘rule-in’ and ‘rule-out’ management and stratification of patients with suspected myocardial infarction (MI) using shortened protocols such as the 0hr/1hr algorithm.

Of note, the accelerated rule out protocols require rapid turnaround time (TAT) for prompt decision making and POC cTn testing may play an integral role in accelerating the management of patients with suspected MI. However, the clinical utility and need for a conventional POC cTn test is a matter of debate in the era of hs-cTn assay. In addition, there are no hand-held hs-POC cTn testing devices available on the US market as yet. Here we present a Q&A with two thought leaders in both emergency medicine and laboratory medicine that will address several important questions regarding the technical, clinical, and practical aspects of POC cTn assays.

Q: Who determines the timing of blood draws and thresholds for interpretation?

Alan Wu: The laboratory generally has no influence on the timing of blood draws in the ED, nor should we have influence. While there are some caveats to this, they are not germane to this discussion of point-of-care versus central lab testing of troponin. If we have a one hour from presentation TAT expectation and the specimen is being sent to the central lab from the ED, assuming an automatic algorithm triggering a second draw past one hour, it will be problematic if that one-hour TAT is not met. If not, you will get a result back on the first collection after the second collection is performed, and now there is an obligation to obtain results from that second collection before discharging the patient. So, this does put a challenge to the lab. Presumably, these issues would be resolved with a POCT given that result are obtained in 15 to 20 minutes, but currently, the one-hour rule-out protocol can be quite difficult to meet by the central lab when specimens are coming from the ED.

Deborah Diercks: The timing of the blood draw for us was a joint decision between cardiology and our team in the ED. In line with what Dr. Wu mentioned earlier regarding champions, I am extremely fortunate to have two cardiologists quite knowledgeable in this area as great champions. The three of us reviewed every piece of relevant literature, which informed our creation of an algorithm defining where the threshold would be, what to do with the gray zone—ie, not ruled in or ruled out—and where to place our deltas based on previously published studies in Europe.

We did not stop there, as one of the challenges of hs-cTn is that clinicians will be reluctant to discharge a patient that received an alert. So, we built our algorithm to indicate negative, positive, and indeterminate (ie, gray zone), but also what additional testing could be done based on risk score and disposition recommendation. Implementing the thresholds did involve a fair amount of labor, but by working jointly, we were able to have clear communication among all our medical colleagues and remain on the same page.

Q: For patients in the gray zone, who determines the disposition of the patient (admit or discharge), cardiology or the ED?

Diercks: This was a worry of ours, that we would be admitting everybody just to discharge those in the gray zone. That is why we developed our protocol. We spent significant time providing recommendations on what to do with patients in the gray zone so the end user would recognize that this was a multidisciplinary decision and recommendation on how to handle those patients. We took a system wide approach that determines whether the values are changing, looks at the patient’s overall risk assessment for acute coronary syndrome (ACS), and then provides substantial education.

It is important to redirect ourselves from viewing cTn as simply a coronary artery marker of disease, as a marker of myocardial injury, and recognize that if you do it that way, you are going to have a lot more patients considered elevated. We also had several frank discussions about not ordering a cTn test if you are not looking for ACS, because that is the real purpose for that test.

Wu: I certainly agree with this concept that managing patients in the gray zone requires substantial coordination with cardiology, because ultimately, they are going to be responsible for patients with cardiac injury. But the question becomes what to do with patients who have other forms of cardiac injury and do not necessarily warrant an admission to the ICU. Educating on this can be difficult to accomplish, because at least at my practice, we have numerous rotators in the ED, and it is difficult to get everyone into one room at any one time for education.

This is how it should be; this is the education that is needed, as some practitioners mischaracterize troponin. It is certainly a marker of acute coronary syndromes, but it is so much more than that, and we do not want to say that this is just an AMI rule-out test.

Q: Who determines the cutoff and whether sex-specific cutoffs should be adopted?

Wu: It is my belief that the 99th percentile is no longer valuable, and we should not be using it. Furthermore, we should not necessarily have a cut point for men and women either. Decision making really involves looking at baseline concentrations and delta change. Even if there is a change within the reference interval that has meaning, it is normal from a traditional standpoint but tells us completely different information in terms of risk stratification. That said, the 4th universal definition continues to promote the use of the 99th percentile and clinical laboratory groups of which I am a part also endorse the 99th percentile, along with sex specific cut offs. Yet, I really think, in practice, we need to move away from this.

Diercks: I completely agree. When you read about gender specific thresholds in particular, they are always performed in the context of a single point in time and a single value. That is not how we practice in the US. We have instituted pathways of rule-out protocols that rely on serial levels. Once you rely on serial levels, the delta is going to drive whether the patient is having acute injury or ischemia. As we develop these algorithms to become much more sophisticated, it is an emergency position that the delta change is going to drive practice, not necessarily what they decide the 99th percentile to be.

Wu: I realize that Dr. Diercks and I are in the minority on this opinion. Therefore, for now, I’ll call the 99th percentile cutoff a “necessary evil.”

Q: What would the minimum requirements be for the sensitivity and specificity of a POC hs-cTn test?

Wu: In order to achieve high clinical sensitivity for AMI detection, the assay must have high analytical sensitivity, defined as detection of troponin values above the assay’s limit of detection among healthy subjects. Analytical specificity refers to assays that only measure cTnI or cTnT with no cross-reactivity with other circulating proteins. Clinical specificity is high for detection of myocardial injury (>99%), but because AMI is not the only cause for cardiac injury, the specificity for troponin for AMI is lower, around 70% to 80%.

In our algorithm, we know what to do with low values and high values, but those in between can become more problematic. This where specificity is more important.

Diercks: We cannot afford to miss anything, and a POC assay that regularly requires re-testing provides little value in terms of throughput and efficiency. So, the sensitivity must be high, but as Dr. Wu mentioned, specificity can be a bit lower because we know how to repeat looking for changes in detecting myocardial injury, not just myocardial infarction. We know that troponin may be the first test a patient receives, especially those who have co-morbidities such as heart failure, but it is not the only test the patient will receive. So, by looking at delta changes, we can gather much more information.

Q: Can you comment on implementing the HEART score in the high-sensitivity troponin algorithm, and how it could be used for POC troponin?

Diercks: That is a good question. We do use it in our hs-cTn algorithm, as we are trying to detect any patient as myocardial injury re-stratification. If patients are considered low risk by a HEART score and hs-cTn below the limit of detection, they, in general, do not benefit from additional re-stratification because of their low risk by HEART score. We use the HEART score in addition to our troponin testing to identify patients who lack the need for re-stratification, which is meaningful. If POC hs-cTn eventually becomes available, in this situation, it would likely be quite helpful.

MLM would like to thank Zhen Zhao, PhD, and Jieli (Shirley) Li, MD, PhD, who served as co-moderators of this original Q&A. Zhen is associate professor of clinical pathology and laboratory medicine at Weill Cornell Medicine and director of the central laboratory at NewYork-Presbyterian/Weill Cornell Medical Center. Shirley is an assistant professor – clinical in the department of pathology at The Ohio State University’s Wexner Medical Center, where she also serves as co-director of the clinical chemistry & toxicology laboratory.

Pandemic as a Call to Action

Maintain a Strong Safety Culture in Times of Crisis

Part 2 of 2: The Utility of High Sensitivity Cardiac Troponin POCT